Subdivisions of the Nervous System

The brain has multiple functions. It can receive and send stimuli or signals to other portions of the body. It has the ability to store information for future use, and by the most complicated mechanisms of integration, association, and classification, it makes possible the higher intellectual processes of memory, recall, judgment, calculation, and thinking.

How the Nervous System Works

Intentional or voluntary movement begins with an intelligent thought, an idea that is born within the frontal lobes of the brain. From there, a nerve impulse travels along, connecting or associating neurons to selective motor nerve cells in the motor cortex of the brain. Activation of those cells initiates a nerve impulse which descends to the autonomic nervous system. This refers to the part of the nervous system that operates automatically, without your thinking about controlling those muscles. For example, you do not give any thought to holding in your bladder or your bowel movements. Those muscles are being retracted automatically in controlling your bodily functions. If those nerves were damaged, you would become incontinent because you would be unable to control those functions.

Functions of the Nervous System

The two main functions of the electrical system are touch sensation and motor function, so if you put your finger in a fire the impulses will go through the finger back up through the nerves to the brain, and tell the brain that this pain (that is, the sensation) is happening in the finger and that will automatically tell your finger and your arm to jerk back and take your hand out of the fire.

When the nerves are damaged at various levels of the body irreparably, they up to now do not regenerate, and so, from that level down, the person can become paralyzed. The higher up the spinal column the damage is, the more the body becomes paralyzed.

Even though to date science has not been able to regenerate the nerves, there has been a tremendous amount of research going on in that area, and they are hoping to be able to either rejuvenate the nerves by transplanting or somehow figuring out how to reattach the nerves to get the electrical impulses to go from the brain down through the severed nerves and bypass the severed nerves to the parts of the body that have been cut off from the motor function and the feelings. An analogy is to think of power line coming out of the generating station. If the power line has been cut, then there is no power going to the entire city. But if somehow the wire that is coming into your bedroom has been cut, then there will not be any electricity in the bedroom, but there will be electricity to the house and the street and the rest of the city.

If you have been unfairly treated by insurance companies, sustained a serious personal injury or have lost a loved one because of negligent or wrongful conduct in California and need representation by an experienced trial attorney, in California call toll free 1-888-979-7979. Cameron Brock has over 35 years experience in Personal Injury Law.

An insurance company’s number one priority is profit

Our Number ONE priority is YOU

Over 90 years of collective legal experience 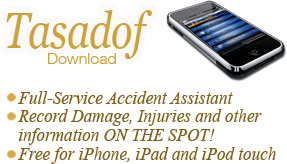